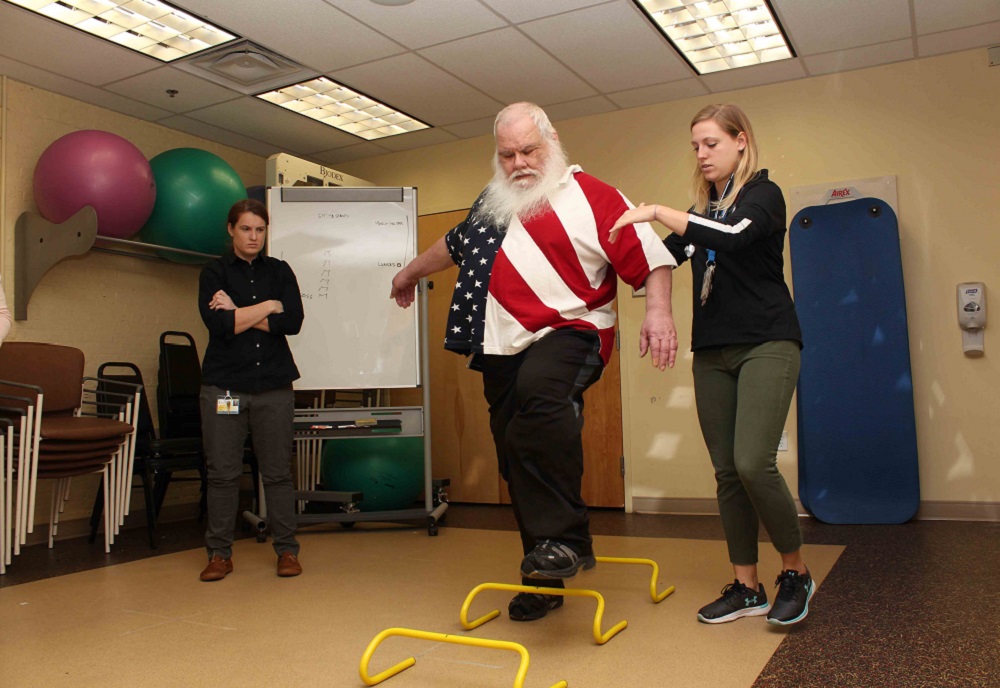 If you’re up in years and don’t get around so well anymore, take heart from a group of seniors at the Baltimore VA Medical Center.

These older Veterans are making strides—literally—in their ability to move about, stay balanced, prevent falls—and get up from a fall if they do have one.

They’re part of a study at the Geriatric Research, Education, and Clinical Center at the Baltimore VA Medical Center.

It’s important to mix it up, and to have fun. Otherwise, it gets repetitive.

The researchers want to learn the best ways to boost mobility—and thus independence—for these men and women who wore the uniform, some as far back as the Korean or even World War II era.

Donald Salganik served on a B-36 “Peacemaker” bomber during the Korean War. He enjoys the banter with his fellow Veterans as they sweat through a morning workout that is part of the research. His favorite part, he says, is simply “just moving. I wasn’t moving much before coming here.” 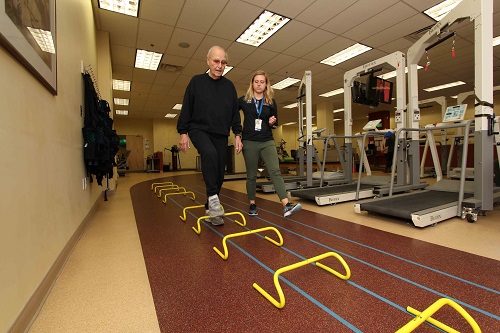 Donald Salganik, who served in the Air Force during the Korean War, proceeds through an obstacle course that is part of the “multimodal balance intervention” being studied by Baltimore VA researchers. With him is study coordinator Lydia Paden.

Those in the study have mobility and weight challenges.

“We have to improve their strength and function, and help them get some of the weight off, while preserving muscle mass,” explains study leader Dr. Les Katzel.

His team uses a “multimodal balance intervention,” or MMBI. The emphasis is on improving balance and side-to-side movement, and building strength in the legs and core, through a variety of exercises.

One obstacle-course exercise has the Veterans walk over an uneven pile of mats that simulates risks in the home—such as changes in floor textures and heights, or area rugs—that could present fall risks. 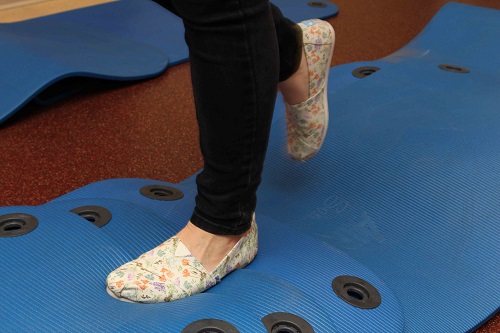 Half the enrollees are also receiving weekly nutrition sessions and individualized diet plans. The researchers are comparing this group to the exercise-only group. They will look at outcomes such as distance walked in six minutes, aerobic endurance, body composition, quality of life, and ability to perform activities of daily living.

Lively group exercise at the gym after a medical check-in at each session, the participants get moving.

“Step to the side, bounce and catch!” That’s the instruction from exercise physiologist Katie Dondero as she demonstrates at one of a handful of stations in the MMBI classroom. The Vets follow along, bouncing a ball on the floor and catching it as they shift left and right.

They move from station to station, dance music pumping in the background. 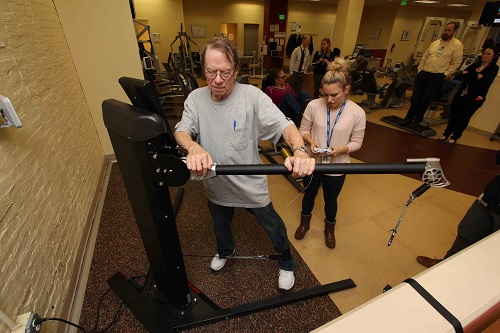 After the classroom portion, the group moves to the large gym area. Some do leg lifts while others use a pulley machine, raising one leg at a time out to the side to work a group of muscles called the hip abductors.
When we looked at the differences in muscle strength between fallers and non-fallers, the muscles that were most impaired were the hip abductors.
Dr. Odessa Addison, part of the study team, found this exercise to be key in fall prevention in previous studies.
Roger Bergeron, who served in the navy, works his hip abductors as exercise physiologist Katie Dondero adjusts the machine settings.Obstacle course simulates real-world risks
The finale of the morning is the obstacle course. At one end of the oval track ringing the gym, a row of small orange cones has been set up. The Veterans tap each with their toes as they move sideways. They go through other stepping and balance drills around the track. Each is designed to simulate real-world hazards, such as steps and curbs. 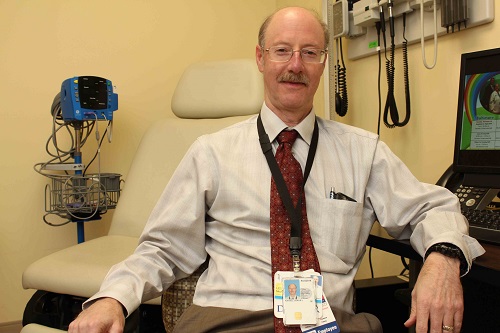 The hope is that after the year-long study, the Veterans will continue to work out. One option is Gerofit, a supervised exercise program available at VA sites nationwide.

Katzel says programs like this pose unique benefits, both physical and mental.

Adapted from a longer article on the VA Research website.